The Luther Decade is the 10 year period (2008-2017) commemorating the 500th anniversary of the Reformation Movement, which Martin Luther set off in 1517 when he nailed his 95 theses to the door of the Castle Church in Wittenberg. During each theme year, visitors will have the opportunity to participate in various festivals, exhibitions, special church services and much more.

This is a great opportunity to gather your friends and members of your congregation and visit Luther Country. To help you plan your tour, Nawas has created a selection of special programs commemorating the anniversary of the Reformation. See Nawas’ Land of Luther programs.

Don’t miss this chance to experience the life and influence of The Great Reformer and learn more about how he and the Reformation changed us and the world.

There is much to see in the culturally-rich region. Although Luther lived five centuries ago much of his heritage has been preserved and as you trace his steps you will see the churches where he preached, the doorway where he nailed his Theses and the houses he lived in.

Eisleben, where Luther was born and where he died. The reconstructed houses linked to his birth and death contain exhibits dedicated to Luther and the Reformation.

The Lands of Luther, also know as “LutherCountry,” is comprised of the two German States Saxony-Anhalt and Thuringia. This is the region where Martin Luther mainly lived, worked, preached and taught. The region boasts several major UNESCO World Heritage sites including Wittenberg and Eisleben in the state of Saxony-Anhalt and Wartburg Castle, near Eisenach in the neighboring state of Thuringia, where he translated the New Testament into German.

Born in 1483, Martin Luther, a charismatic, German monk, was condemned as a heretic and an outlaw when he nailed is 95 Theses to the door of the church in Wittenberg. His actions sparked intense theological debate which resulted in the Reformation Movement.

The Reformation changed the whole nature of Christianity, including how people thought and worshipped.  Luther’s ideas and actions were also vehicles for change in art, architecture, music, politics and the way people thought about many aspects of daily life.

When he translated the New Testament into German at Wartburg Castle, the Bible became accessible for the common people, not just those who could read Latin or Greek. Soon after, most other European countries were translating the Bible into the local language and the Gospel was more easily available to all.

Luther’s right-hand man was Melanchthon, who drew up the so-called Augsburg Confession. These were comprised of  28 articles of Lutheran belief; the first 21 articles confirm the foundations of Lutheranism and the final seven identified the major differences between Lutheranism and the Roman Catholic Church. Melanchthon led the German Reformation movement after Luther’s death.

“Luther Decade, the 10-year span from 2008 to 2017 that gives millions around the world time to explore the significance of the Reformation that was launched on October 31, 1517” 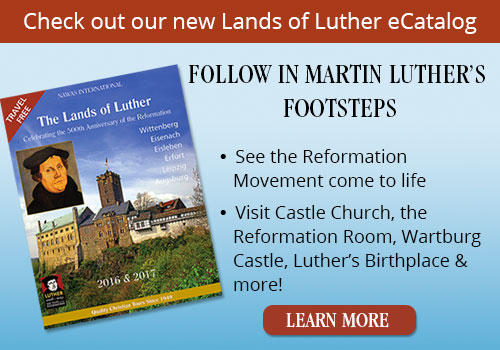 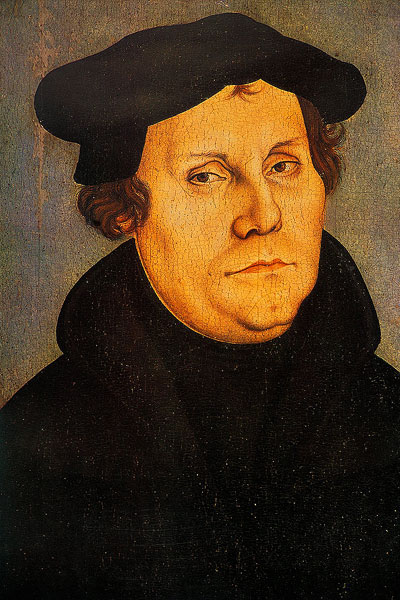 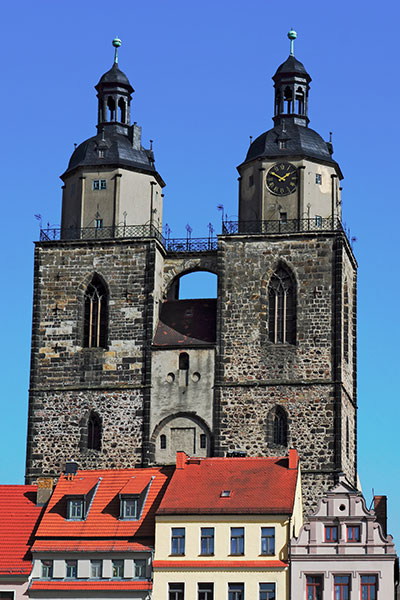 Reformation’s Influence on Art and Music 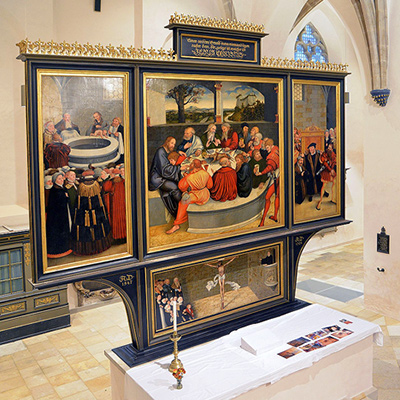 The Reformation did not just change religious thinking, it also promoted a new cultural richness and had a substantial influence on art and music that extended for centuries.

One key figure was Lucas Cranach the Elder, a German Renaissance painter and close friend of Luther who changed artistic styles with his new way of portraying religious scenes. Conveying Lutheran ideas through his art, he was known as the “Reformation painter.”

Perhaps his most famous work is the magnificent altarpiece in the City and Parish Church of St. Mary in Wittenberg. The renowned “Reformation Altar,” created in 1547, consists of four panels showing Protestant congregation life. The first three depict the Lord’s Supper, Baptism and Confession and the fourth shows Luther preaching at the pulpit. If you look carefully you’ll see the faces of Melanchthon and other Reformation figures within the panels.

The artist lived and worked in Wittenberg at the same time as Luther and also painted his portrait, as well as Luther’s wife and his parents.

Johann Sebastian Bach, a passionate Lutheran, was born and lived in Luther’s homeland  in the 1700’s.  A highly respected organist and composer, Bach’s Lutheran worship and beliefs inspired some of the world’s finest reglious chorale and changed the course of western music. 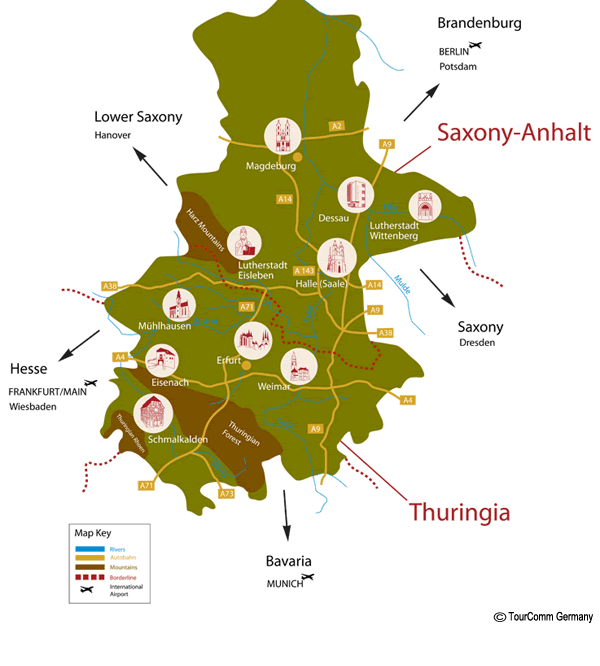