Nawas is pleased to honor the legacy of St. Paul with a series of inspiring Steps of St. Paul tours tracing his path through Greece and Turkey.

Known as Saul, St. Paul was born in Tarsus, in what is modern-day Turkey.  After his conversion on the road to Damascus where he experienced a vision of the resurrected Jesus, the Apostle Paul, a former persecutor of Christians, became one of the most significant Christian missionaries in history. As he spread Jesus’ message on three journeys throughout Asia Minor and Greece between about AD 47 and 57, Paul brought the Gospel to the masses and established new churches. He encountered much resistance along the way, particularly in Ephesus, and survived stonings, beatings, riots and imprisonment.

Many Christian leaders offer a series of lectures on St. Paul’s journeys in conjunction with their trip. In addition to teaching their congregation about Paul’s messages, it’s a great way to promote their tour and generate excitement .

The life of St. Paul is a wonderful example of early evangelism, beginning from his humbling meeting with Our Lord Jesus on the road to Damascus, which lead to his conversion as a prosecutor of Christians to one of its most devout followers, and ending in his martyrdom in Rome.

St. Paul’s story outlined in the book of Acts and his letters prominently featured in the New Testament are a testimony to the influence he still has today as his wisdom guides young and old alike in following the teachings of Our Lord Jesus Christ.

I am thrilled to celebrate the legacy of St. Paul with the Holy Father and all Catholics as we bring his story to life on our special tours. I invite all leaders to seriously consider leading pilgrims on this wonderful journey of faith.

Our Featured Steps of St. Paul Tours in Greece & Turkey 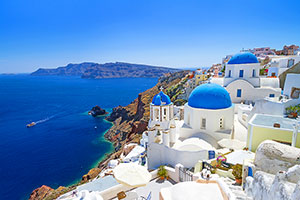 Travel in the footsteps of St. Paul to Greece. See the Acropolis in Athens … view the ruins of Corinth where he lived and worked with Priscilla and Aquila … take a three-day Greek Isles cruise with a chance to walk the streets of ancient Ephesus … visit Thessaloniki and Philippi where Paul preached the Gospel. 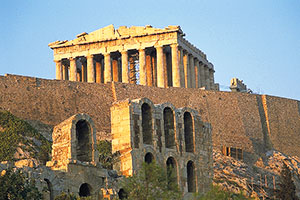 Visit Athens and Corinth…take an exciting seven-day cruise to the Greek Isles of Santorini, Crete, Rhodes, Mykonos, and Patmos, where St. John wrote the Book of Revelation … stop in Kusadasi with a chance to see fascinating Ephesus, plus mysterious Istanbul. 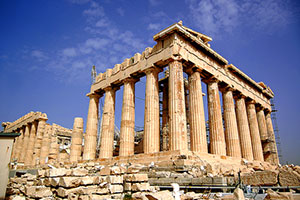 Paul’s journeys will come alive as you follow his path in Athens and ancient Corinth … see the archaeological treasures at Delphi … Thessaloniki where he spread the Gospel … Philippi where Paul delivered his first sermon in Europe … Pergamum, Izmir, Sardis, and Laodicea, part of the Seven Churches of Revelation … Ephesus where Paul lived and preached, plus exotic Istanbul. 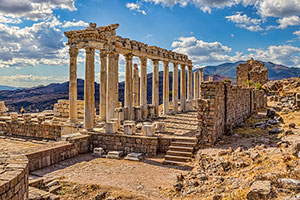 Start in Istanbul where you tour Topkapi Palace … visit Ankara, capital of Turkey … see the amazing rock churches in Cappadocia … visit the limestone terraced hot springs at Pamukkale … Laodicea and Thyatira … walk the streets of ancient Ephesus, where St. Paul lived and preached … see Troy and the archaeological wonders at Pergamum. 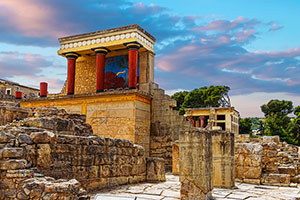 Tour exotic Istanbul, where the Greeks, Romans, Hittites and Ottomans all left their cultural marks … cross the Dardanelles and visit the ruins of Troy, Pergamum, and Ephesus … enjoy a three-night Greek Isles cruise to Patmos, where St. John was exiled, Rhodes with its Crusader-era Grand Masters Palace, Heraklion, Crete and beautiful Santorini … end with two nights in Athens and an excursion to ancient Corinth.