On Ash Wednesday (February 17, 2021), all Passion Play of Oberammergau cast members literally began letting their hair down. Participants began observing the traditional Beard and Hair Decree whereby all actors, including the extras, let their hair grow long. Men will also grow beards. The only people let off the hook are the male actors playing Romans, who may shave and keep their hair short.

“Normally, you transform into the character you are playing in two hours in the make-up,” says Andreas Richter, who will portray Caiaphas. “But here you gradually become who you play over the months. You look in the mirror every day, see the change and grow into the role.”

The Hair and Beard Decree has probably been around for 200 years, though it’s hard to pinpoint an exact time. The village archive has photos dating back to the 1870/71 Passion Play showing men with long hair and beards.

Over the years, the Decree has become a signal proclaiming the launch of the Passion Play season, and the point where the villagers officially become cast members. 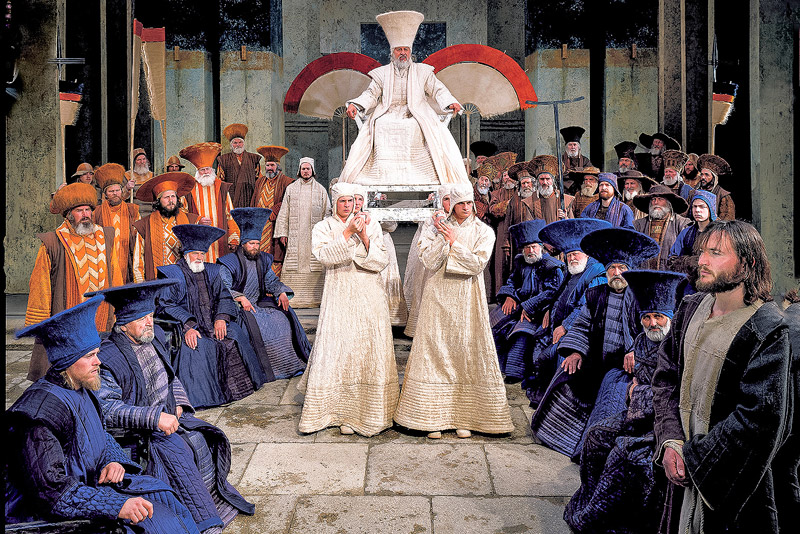 “The Hair and Beard Decree is a very old tradition,” says Play director Christian Stückl. “While in the past only males were called on to grow out their hair and grow beards – females kept their hair long anyway – the decree now applies equally to both sexes.”

This year, however, the Passion Play Committee made a small adjustment to the Decree because of the pandemic. The Beard Decree is more relaxed due to the FFP2 mask requirement in Bavaria. Instead of growing thick beards that may interfere with a tight mask seal, shorter beards that only need a few month’s growth time will be sufficient. Cast members will still be required to grow out their hair.

The 42nd Oberammergau Passion Play will take place from May 14th to October 2nd, 2022. If you missed out earlier, you still have a chance to see the amazing Passion Play in 2022.