One of France’s Most Iconic Attractions

Rising dramatically from the sea just off the coast of Normandy, Mont Saint-Michel is an enchanting sight with a rich history dating back to the 6th century. Surrounded by a picturesque village, this rocky tidal island crowned with a soaring abbey and tower resembles a fairy tale castle in the clouds.

The island and monastery have a long and dramatic history. Specifically, it wasn’t always a monastery; far from it. In a nutshell, it began as a church and a pilgrimage center, then became a fortress stronghold. Next, it was expanded to add an abbey, but the French revolutionists later converted it to a prison. Finally, Mont Saint-Michel became an abbey and a place for pilgrimage once more. Today it’s a UNESCO World Heritage site renowned for its historical value, religious significance, eclectic architecture, and natural beauty.

Mont Saint-Michel got its start as a church when in 708 AD Bishop Aubert of Avranches built a sanctuary to honor the Archangel Michael. Legend says the archangel appeared in a vision to the Bishop and told him to build a sanctuary in his name on the island. It wasn’t long before pilgrims began to visit.

Many changes occurred over the next few hundred years. In 966 Richard I, the Duke of Normandy, asked monks of the Order of Saint Benedict to settle on the island. Subsequently, the monks built a new church in the pre-Romanesque style which blended Mediterranean and Germanic features.

Later, in the early 11th century, the Duke of Normandy commissioned a new Romanesque abbey with shallow arches and vaulted ceilings. Soon it became a major Christian pilgrimage site, as well as a center of medieval culture. 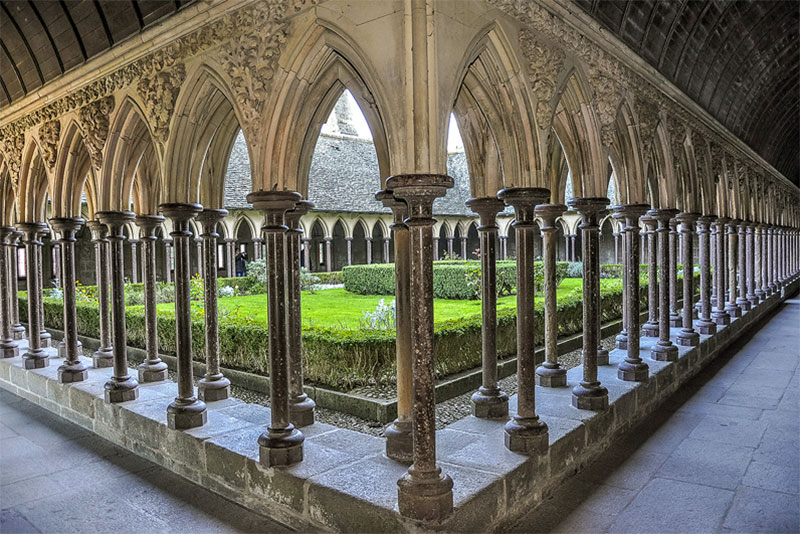 Fortified During the 100 Years War

After several more expansions in the 12th and early 13th centuries, a fire from a siege by the Britons burned down most of the abbey during the 100 Years War. Afterward, to glorify his victory after the conquest of Normandy, King Philippe-Auguste of France made a big donation for reconstructing and expanding the abbey. Enlarged and heightened, the monastery now featured elements of Gothic architecture and a towering silhouette—La Merveille (the Wonder) that has been enchanting visitors ever since.

Alas, changes to Mont Saint-Michel were far from over. The 100 year War (1337-1453) between France and England was still ongoing. In the early 14th century, the French erected new fortifications with a wraparound wall and several defensive towers to help defend the abbey against an English attack. By the end of the war, Mont Saint-Michel had become even more popular as a place of pilgrimage as Christians came to the island to pray to St. Michael. 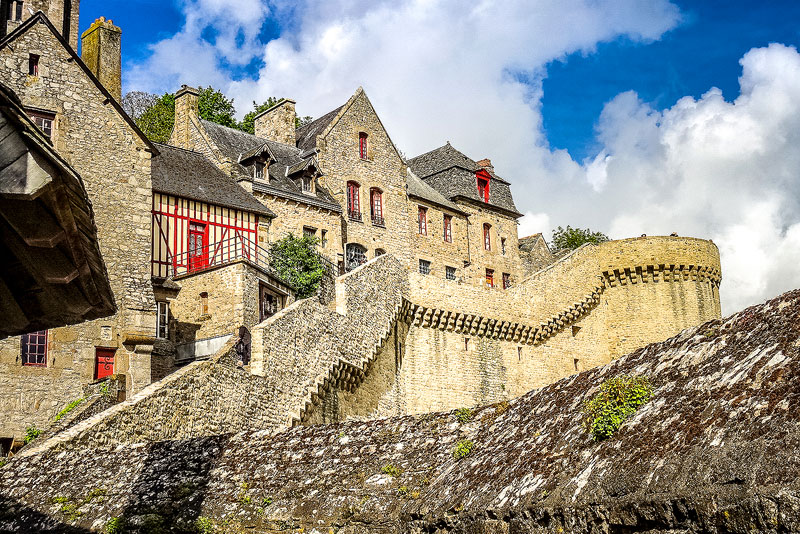 Over the centuries a picturesque village sprung up around Mont Saint’s Abbey.

From Abbey to Prison

As Reformation hit Europe in the 16th century, Mont Saint-Michel became less popular and lost religious and military significance. Thus, by the French Revolution, only seven monks remained at the abbey. Revolutionaries, attempting to separate church and state, closed the abbey in 1791 and converted it into a prison. Since it held political prisoners and priests who opposed the new First Republic, it was soon known as the Bastille of the Sea.

Eventually, the French writer Victor Hugo and several other prominent figures campaigned to close the prison and restore the abbey as a place of worship. The government finally closed the prison in 1863 and then declared it a historic monument in 1874. After a period of restoration, the monks returned in 1922, and once again Mont Saint-Michel became a place of pilgrimage. Further, in 1998 the abbey became a stop on the Pilgrimage Route to Santiago de Compostela.

In the 21st century, Mont Saint-Michel continues to enchant more than 3 million visitors each year. The magnificent abbey, crowned by a statue of St. Michael, is one of France’s most iconic images. You can visit Mont Saint-Michel on NAWAS’ 11 Days Shrines of France Pilgrimage and 11 Days Best of France program. Contact NAWAS to learn more.