Your Guide to the Best of Sicily

Visiting Sicily, Italy: Your Guide to the Best of Sicily

The largest isle in the Mediterranean, stunning Sicily tempts travelers with its medley of cultures, sublime landscapes, and cache of cultural gems. Read on for our favorite sites on a visit to Sicily.

Located off the tip of Italy’s “boot,” this fascinating island where St. Paul preached and Roman emperors and Norman knights once ruled is one of the world’s first melting pots. Sicily was home to all the great Mediterranean civilizations, including the Phoenicians, Elymians, Carthaginians, Greeks, Romans, Normans, and Moors, all of which have left their footprints.

Its eclectic history has left Sicily a region of enchanting contrasts with unique cuisine, a dazzling artistic heritage, and remnants of ancient civilizations. For example, you’ll find Baroque and Byzantine cathedrals lying next to the ruins of Roman amphitheaters, Greek temples, and Norman castles.

On the shores of the Tyrrhenian Sea, lies Palermo, the capital, a meld of Christian, Byzantine, Roman, Norman, and Italian cultures. The cathedral, built in 1185, is one of the most beautiful buildings in Palermo. Its many redesigns over the centuries have left it an interesting blend of Arab and Norman architecture with cupolas, arches, and geometric patterns. Also in Palermo is the gorgeous Cappella Palatina. With its shimmering gold Byzantine mosaics and inlaid marble floors, it’s Palermo’s top attraction. Most of the mosaics depict scenes from the Old Testament while others recount Palermo’s role in the Crusades.

In nearby Monreale, you’ll find the splendid cathedral that William II built after experiencing a vision of the Virgin Mary. Completed in 1184, the cathedral has two mighty towers that flank the center façade. The massive bronze doors depict Biblical events and date back to the 12th century. The inside is spectacular. There are three naves separated by 18 granite columns and the walls are lavishly decorated with over 50,000 square feet of glittering mosaics. The mosaics, with gold backgrounds, portray characters and events from the Bible. Created by Byzantine, Venetian, and Arab artists, they’re truly spectacular. 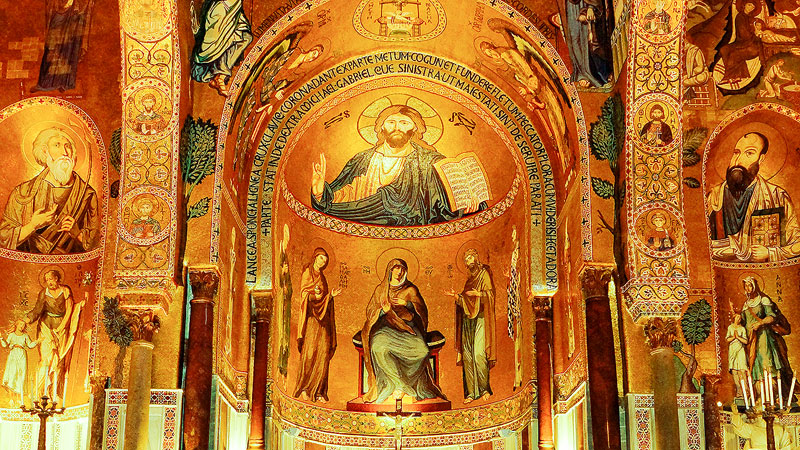 Sicily also has several famous archaeological sites housing some of the best-preserved Greek ruins in the world.

Beyond Agrigento’s medieval town center lies the Valley of the Temples. A UNESCO World Heritage Site, it dates from 650 B.C. and it’s Sicily’s most captivating archaeological site. The site encompasses the 5th century BC Temple of Juno, the 6th century BC Temple of Hercules, and the ruined ancient city of Akragas, dominated by the beautifully-preserved Temple of Concordia. 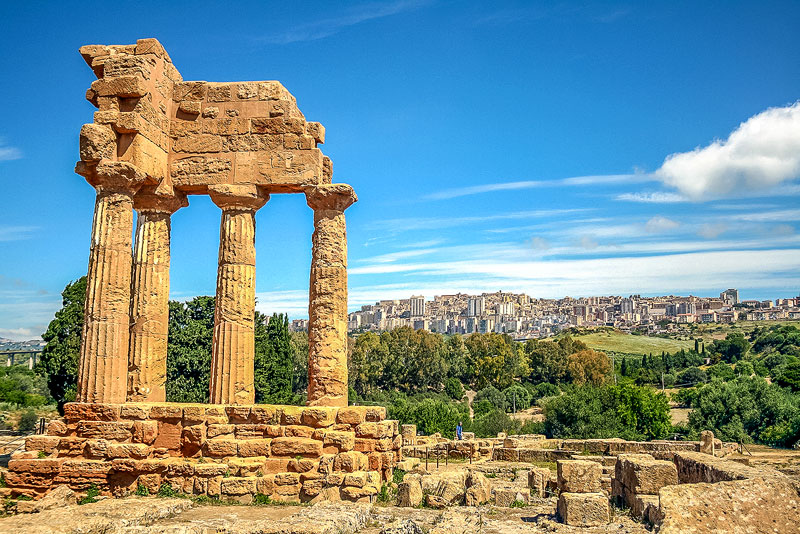 The ruins in the Valley of Temples outside Agrigento are some of the best-preserved in the world.

Founded in 734 B.C., Siracusa at one time rivaled Athens in importance. You can see the remains of its former splendor in the Temples of Apollo and Athena and the Greek theater.

Also noteworthy is the 7th century lost city of Selinunte on Sicily’s west coast. This well-known archaeological site features striking white temple ruins standing in sharp contrast with the sea and sky. During the 6th century BC, this Greek colony was an important commercial and military center in Sicily. However, the city experienced rapid development followed by an equally rapid decline.

Last but not least, the hilltop resort town of Taormina is one of Sicily’s top destinations. With panoramic views of the sea and towering Mt. Etna rising in the background, it’s easy to see why. Taormina is a must-see for the spectacular views, the well-preserved ancient theater, and the pedestrian-friendly, boutique-lined Corso Umberto. 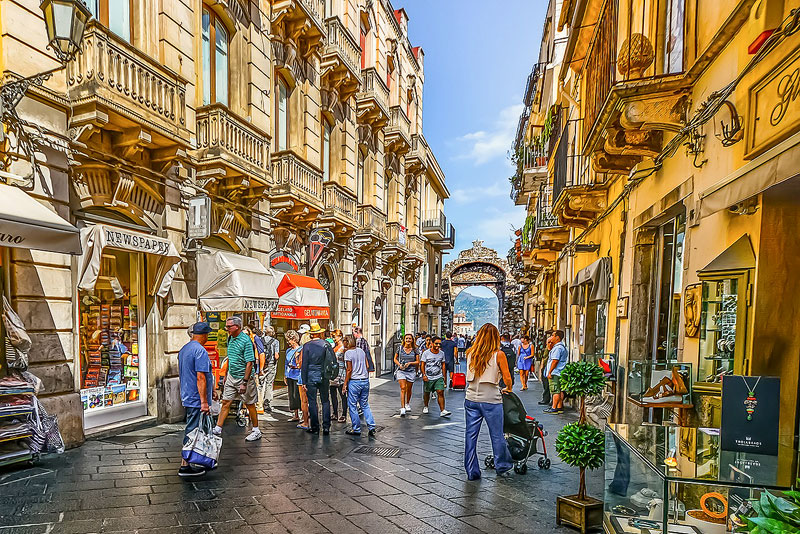 When you visit Sicily, take a break from sightseeing and stroll the famous Corso Umberto in Taormina

We can’t talk about Sicily without mentioning the food. Sicily’s culinary influences are legendary, with aspects of Italian, Greek, Spanish, and Arab cuisine. The timeless recipes still focus on local ingredients like pistachios, almonds, tuna, swordfish, shellfish, raisins, saffron, and citrus. When you visit Sicily, try some of the local specialties such as Arancini, an iconic dish of creamy risotto that’s breaded and fried, locally caught red prawns, and Pasta all Norma made with local tomatoes, aubergines (eggplant), garlic, basil, and ricotta. 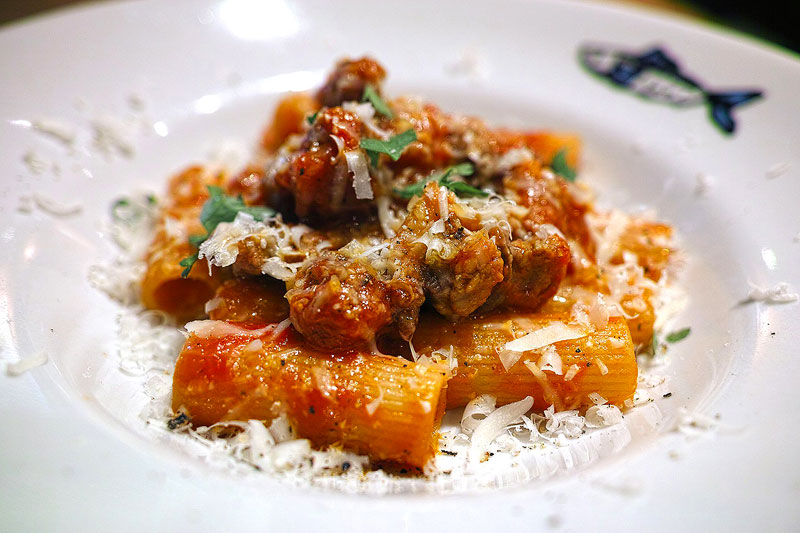 Sicilian cuisine is world-renowned. Be sure to sample some of the local dishes.

You can visit Sicily, including the sights highlighted above, on NAWAS’ 12 Days Sicily, Sorrento & Rome Pilgrimage and 12 Days Best of Sicily & Italy program. Both tours also features mainland Italy, including Sorrento, the amazing ruins of Pompeii, and Eternal Rome. Contact NAWAS to learn more.