Spotlight on Egypt and the Great Nile River Cruise

Spotlight on Egypt and the Great Nile River Cruise

There’s something magical about a Nile River cruise. It’s probably the most pleasurable way to experience the wonders of Egypt, and a great way to get a sense of the country while staying in the comfort of your floating hotel.

You probably already know that the Nile River is more than 4,000 miles long, but did you know this mammoth waterway travels through 11 countries? Many of the most beloved monuments of ancient Egypt are located on or near the river and at night they’re illuminated, providing stunning views from your cruise ship. Just as impressive are the incredible sunrises and sunsets that you can see from your ship.

Here is a sampling of the top sights you’ll see on a Nile River Cruise.

Cosmopolitan Cairo, where the modern meets the ancient world, is a great place to begin your Egyptian adventure. There’s tons of history, culture, and archaeological treasures to explore. While here, visit the Egyptian Museum and make an excursion to see the Great Sphinx and Pyramids of Giza.

You’ll embark your Nile cruise in Luxor, built on and around ancient Thebes. Here you’ll find the Karnak Temple, guarded by monumental statues of Ramses II. The temple’s detailed wall reliefs depict the daily lives of the Pharaohs and are a sight to behold. The massive Karnak Temple is a vast complex including one of the world’s greatest open-air museums. The Great Hypostyle Hall has an amazing 134 towering columns and covers 54,000 sq. ft. As you wander around the temple complex, you’ll journey back in time as your guide regales you with stories of love, betrayal, family, and war. 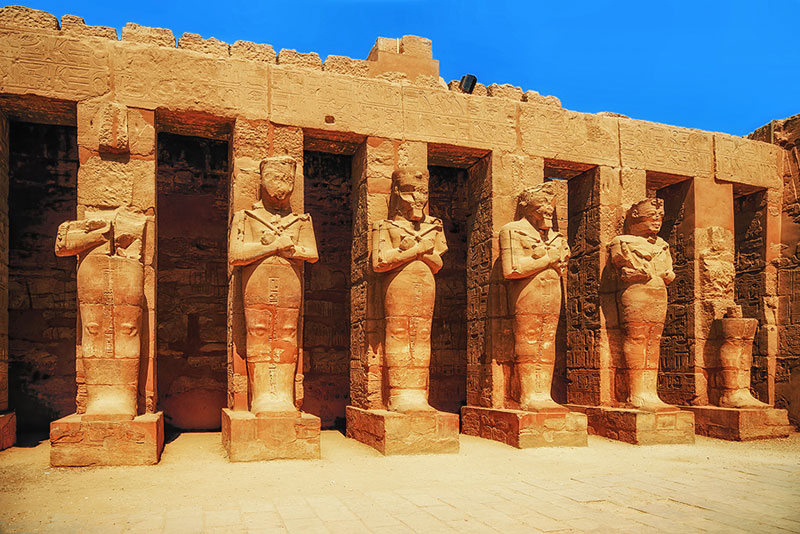 Massive statues guard the Hall of Caryatids at the Karnak Temple in Luxor.

With more than 60 excavated tombs, the Valley of the Kings is the royal burial place of Ramses IV, Ramses VI, and other Pharaohs. Most of the tombs consist of three corridors, an antechamber, and a sunken sarcophagus chamber. The ancient Egyptians found them harder to rob and were easier to conceal than the pyramids. Many of the tombs are uniquely decorated, both on walls and ceilings. Interestingly, the boy king Tut-Ankh-Ahmon’s tomb is rather small and less impressive, though probably the most famous. 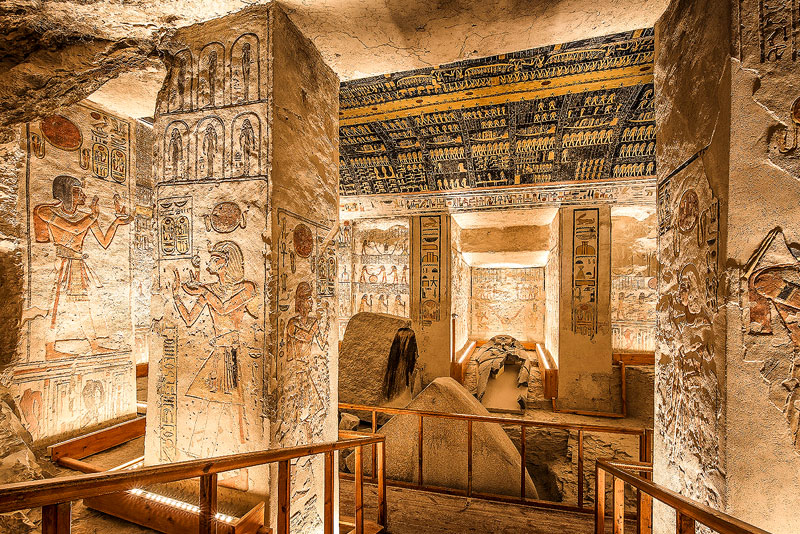 View the intricate carvings in the tomb of Ramses the Great in the Valley of Kings.

Marvel at the Detailed Reliefs at the Temple of Horus

One of the best-preserved sites in Egypt is the Temple of Horus in Edfu, built in the second century BC. The massive hieroglyphics and detailed friezes decorating the temple walls are amazing.

One of the highlights of a Nile River cruise is taking a felucca, which is an open-air sailing boat, from Edfu to the temple of Kom Ombo. As you approach, you’ll see the soaring columns of the temple rising from the Nile’s banks. Dating to the Ptolemies, it’s quite an impressive sight and a beautiful setting. Kom Ombo is two symmetrical temples, the Temple of Horus, the falcon god and the protector of the sun, and the second is the crocodile-headed Sobek. There’s even a Crocodile Museum with a collection of mummified crocodiles. 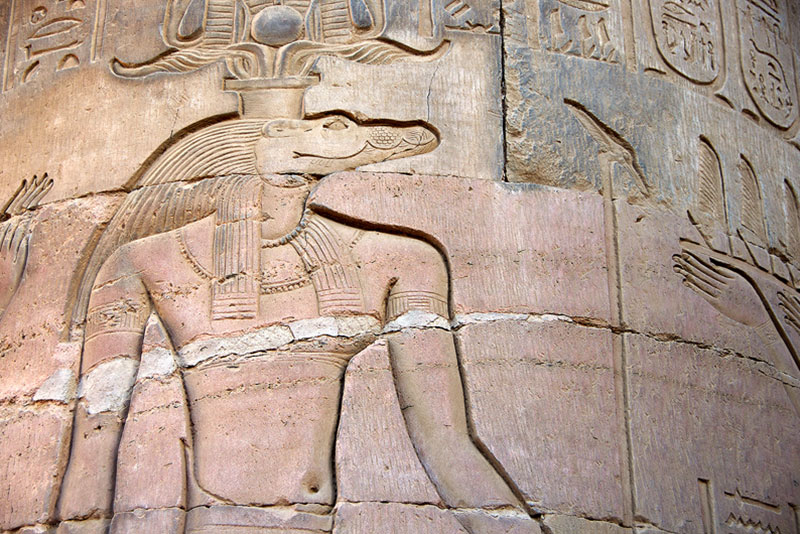 The crocodile-headed Sobek at the temple of Kom Ombo.

The Philae temple complex dates back to Nectabo I. Later, Ptolemaic and Roman rulers continued to add to it until the 3rd century AD. Originally located on Philae Island, it was moved brick-by-brick to Agilkia Island during the construction of the massive Aswan Dam. The Unfinished Obelisk at the complex was likely ordered by Hatshepsut and is 1/3 larger than any ancient Egyptian obelisk ever erected. If completed, it would have measured about 138 ft and weighed a whopping 1,200 tons.

There’s so much to see and do in Egypt and our Egypt & Great Nile Cruise shows you the best. You’ll find the Egyptian people to be warm and friendly and NAWAS’ expert local guides are excited to show you their country’s awe-inspiring ancient monuments and cities. To learn more, contact NAWAS.