Cairo has renowned sites like the legendary Sphinx and the Great Pyramid of Giza right on its doorstep.

When you think of Egypt, you’re likely conjuring images of ancient pyramids, towering monuments and temples, and glistening desert sands. Cairo, the ancient capital, is a great place to start your exploration. Aside from being filled with fascinating tourist attractions, Cairo has renowned sites like the fabled Great Pyramid of Giza right on its doorstep.

What to See in Cairo

Atop most travelers’ must-see list in Cairo is the Egyptian Museum of Antiquities. The most renowned are the magnificent artifacts of Tut-Ankh-Ahmon. The museum was commissioned in 1835 with the hope that by housing Egypt’s most valuable antiquities, it would help prevent the plundering of the country’s amazing archeological sites. Thankfully, it’s been quite successful and today it holds more than 120,000 Egyptian treasures. 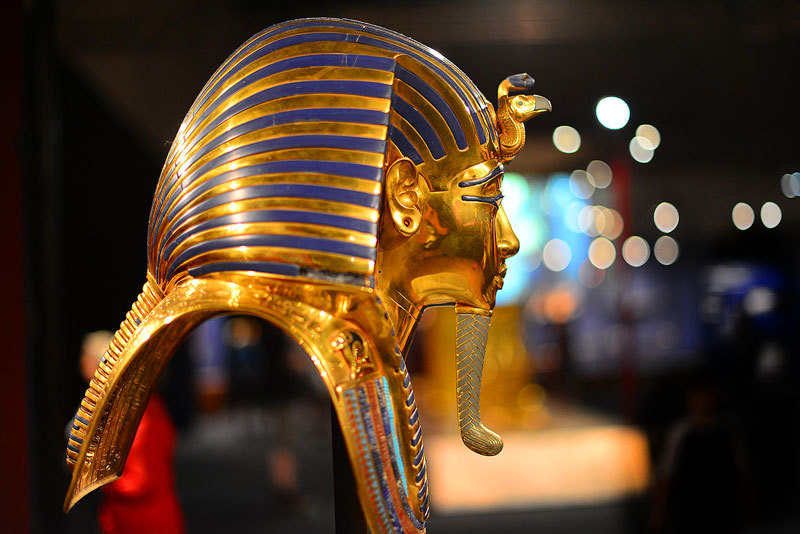 The King Tut exhibit in Cairo’s Egyptian Museum of Antiquities is a visitor favorite.

Another visitor favorite is the colossal Citadel Fortress, perched on a hill overlooking Cairo. Salah-ed-Din erected the enormous complex in the 12th Century for protection from the Crusaders. Egyptian rulers lived here until the late 1800s and then it became a military garrison. Today it’s a major tourist attraction. Here you’ll find the stunning, 19th-century Alabaster Mosque. The magnificent mosque gets its name from the white alabaster tiles on the building’s exterior and it’s one of Cairo’s most famous landmarks.

Just below the Citadel is the Sultan Hassan Mosque, built between 1356 and 1363. The monumental mosque’s innovative architecture and massive size make it one of the most impressive sights in Cairo.

Cairo is also home to the world-famous souk of Khan El-Khalili, a sprawling market that dates back to the 14th century. Bargaining is part of the culture, so don’t be shy, try your hand at haggling for souvenirs, handcrafted silver jewelry, and fragrant spices. Also, be sure to stop for a traditional mint tea, and “taameyya,” an Egyptian falafel.

Marvel at the Great Sphinx and the Pyramids of Giza

Lastly, Cairo is the gateway for an excursion to Giza, on the bank of the River Nile. Resting here are Egypt’s most iconic sights: the Great Sphinx of Giza standing guard over the three great pyramids. The largest is the famed Pyramid of Giza, one of the 7 Wonders of the Ancient World.

A new attraction opening in 2021 is the Grand Egyptian Museum (GEM), located on the Giza Plateau near the pyramids. Also known as the Giza Museum, it’s said to be the largest archaeological museum in the world. GEM will house the complete Tut-Ankh-Ahmon collection and many other antiquities will be on display for the first time.

Just south of Cairo is Memphis, the legendary city of King Mines and the capital of the ancient kingdom. Here you’ll find the Alabaster Sphinx, carved in honor of an unnamed Pharaoh, as well as a beautifully carved statue of Ramses II. Nearby you’ll see the Pyramid of Zoser at Saqqara.

For many visitors, including NAWAS’ clients, Cairo is the first city they visit before embarking on an Egypt & Great Nile River Cruise in Luxor. Experiencing Egypt from a river cruise ship is an unforgettable experience. Contact us to learn more.